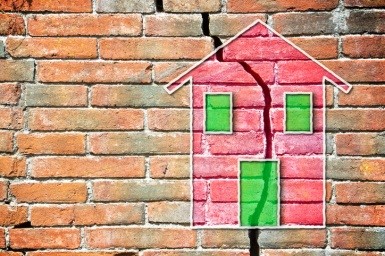 Sedgwick anticipates a possible surge in subsidence due to the prolonged spell of hot and dry weather across the UK.

Based on the company’s weekly update on current subsidence volumes, there has been a rise of more than 350 per cent over the past six weeks and it is likely to rise further as the heat and abnormally dry weather continue to affect already dangerously dry soil conditions.

Subsidence is a very serious issue, particularly for properties built on clay soil near trees, when the loss of moisture in the soil causes it to dry and shrink. Instability in the soil and the resulting ground movement will impact on the foundations of buildings. With shifting foundations comes the potential for property damage. The current weather trend and the increase in potential for subsidence is of great concern in places like London, where many of the city’s homes are constructed on clay-based soils.

Data from the UK’s Meteorological Office Rainfall and Evaporation Calculation System (MORECS) shows the biggest changes for several years, as the effect of the prolonged dry, sunny weather has started to show in monitoring readings. MORECS readings increased sharply from June through mid-August, rising from under 100, to 302.5, however dropping slightly to the current 298.5 last week, we anticipate that the maximum value of 308 will be reached within the next two weeks.

With warm weather patterns forecast to continue, especially in southern areas of the UK, Sedgwick estimates that claim volumes will also continue to rise through the remainder of August and into September and remains watchful of the situation.

“With live remote crack monitoring in place; feeding back data every eight hours, we are able to anticipate claim volumes before they occur, along with tracking soil conditions, level monitoring readings and long-term weather forecasts. We also have collated soil samples and weather information to help predict likely claims volumes for this year,” said Kevin Williams, Sedgwick head of subsidence.

Looking at the previous surge years of 2003 and 2006, the current position shows that the soil is drier than it was in 2003, but not quite as high as the surge of 2006. A surge event will be dependent on how long the MORECS remains at this maximum level: in 2003 there were maximum readings for seven consecutive weeks and 2006 for four weeks.

Whether or not 2018 becomes a subsidence surge year is dependent on warm weather continuing throughout August. For the high levels of subsidence to be repeated in 2018, the weather will need to remain dry and warm throughout August and into September.